The Holocaust and History: Introduction to the Survivors’ Stories 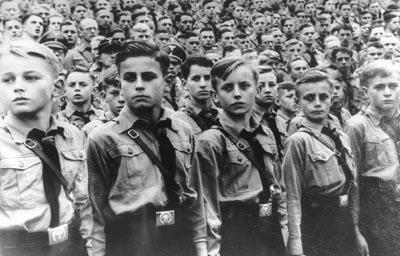 Between September 1, 1939, when Nazi troops invaded Poland, and Germany’s surrender on May 8, 1945, Hitler waged two wars. One was against Allied forces on three continents.
The other was against the Jews--the Holocaust--which in actuality had been underway since the enactment of the 1935 Nuremberg Race Laws, if not earlier. 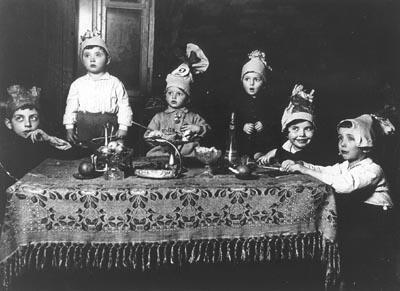 The sobering fact about this latter conflict is how close the Führer came to total victory. The estimated 5 to 6 million Jews who perished at Nazi hands comprised two-thirds of all European Jewry, and in countries like Poland, which before the Second World War still included parts of the Ukraine and Belarus, the Jewish death toll surpassed 90 percent.

The 20th century has been the age of mass murder: the Armenian genocide, Stalin’s “terror famine” against the peasantry, the Cambodian killing fields, and, more recently, the slaughter in Bosnia and Rwanda. So, the Jewish tragedy is hardly unique. But Hitler’s genocidal campaign is singular for its technological thoroughness. Under the Nazis every living Jew old and young, male and female was slated for destruction. Three quarters of Hitler’s victims died within an eleven-month period alone (March 1942-February 1943).

Jews who fell under German control in Eastern and Central Europe were quickly stripped of their rights and property. They were isolated from their neighbors, first by the requirement that they wear stars on their clothing, and then by being herded into crowded ghettos, where overwork, disease, and slow starvation marked the days. 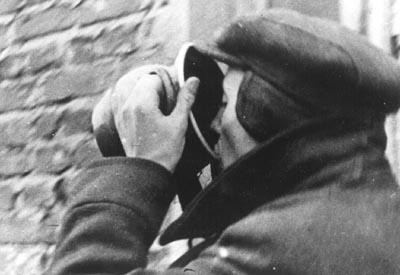 The largest ghetto was in Warsaw. Comprising a mere three percent of the city’s land mass, it contained nearly one-third of the prewar population. By the middle of 1941, when Germany invaded the Soviet Union, 4,000 to 5,000 Warsaw Jews perished every month from hunger and diseases brought on by malnutrition.

The onset of the Nazi-Soviet war signaled the beginning of the “Final Solution.” Most of the slaughter happened in the “East”--in Poland, the Baltic states, the Balkans, and areas of Soviet territory conquered by the Nazis after the June 22, 1941 attack on Russia. Trial and error characterized the early phases of mass murder. Before utilizing gas, SS forces carried out open-air shootings, often with the assistance of local collaborators recruited from among the most anti-Semitic elements in the Baltic and Ukrainian populations.

Following in the wake of German armies, mobile killing squads called Einsatzgruppen marched thousands of Jews into the woods and shot them en masse. Between July 4 and 20, for example, as many as 5,000 Jews from Vilna, Lithuania, the ancient center of Jewish piety and learning, were carried to fuel pits in the nearby Ponary forest, ordered to undress, and gunned down as they held hands. On September 29 and 30, 1941, over half of the 60,000 Jews living in the Ukrainian capital of Kiev were marched into a ravine in an area northwest of the city called Babi Yar and shot in small groups. All together 1.3 million Jews died in these outdoor massacres. 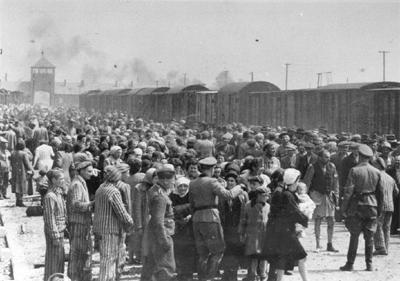 The Nazis resorted to mass gassings in early 1942, in part to ease the psychological burden on troops who often became queasy after firing on young children. The conveyor-belt extermination occurred in six killing centers in Poland: Belzec, Chelmno, Majdanek, Sobibor, Treblinka, and, of course, Auschwitz, where the gas of choice was hydrogen cyanide known by its trade name Zyklon B. (The other killing centers utilized carbon monoxide, with the partial exception of Majdanek, which later switched to Zyklon B.) Most of the gas chambers were stationary, although a few camps deployed mobile gas vans.

At a Final Solution conference held in a wooded villa overlooking Berlin’s most popular summer resort on the Wannsee Lake, high-level deputies from various German ministries were informed that the deportations would commence from west to east. Jews by the trainloads arrived in Poland from Germany, Holland, and Belgium. Initially placed in transit ghettos, before long they were deposited directly in the death camps proper. 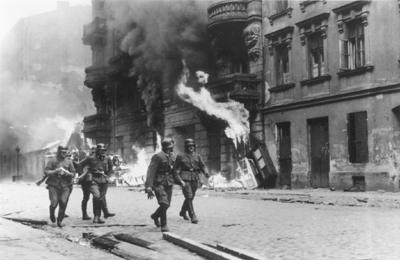 The 1961 trial in Jerusalem of Adolf Eichmann, the coordinator of the Final Solution, set off an angry debate about Jewish honor and resistance. Why didn’t the victims put up more of a fight? Since then enough evidence of Jewish resistance in places like Warsaw and Vilna (even within the death camps themselves) has come to light to put the debate to rest. The real mystery is not why Jews failed to resist but why any survived at all. The balance of power was one-sided in the extreme. The deception was as brilliant as it was cynical. The indifference and often hostility of the outside world was a sad reality. 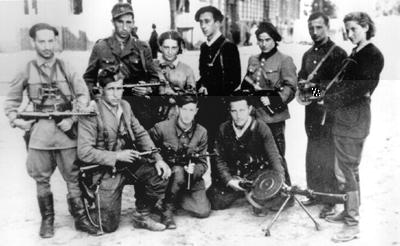 Most Jews who were lucky enough to survive fled before the Nazi noose closed completely. The great majority went to Russia, some to Scandinavia. A few even ended up in Shanghai. But escaping was difficult because high unemployment in the 1930s, which in America drove anti-Semitism to historic highs, disinclined the democracies from accepting the boat people of that era. In 1939 the United States turned away 930 Jews who had set sail from Hamburg on the S.S. St. Louis. 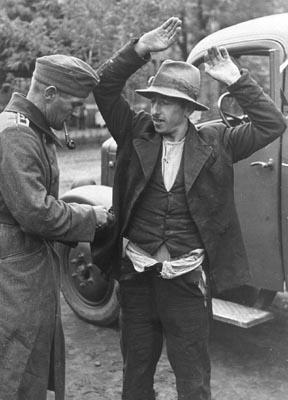 Those who were trapped behind German lines and lived to tell about it often assumed non-Jewish identities provided they were sufficiently assimilated to pass. Another group of survivors weathered the war by hiding in city basements and forest bunkers, sometimes joining bands of partisans.

A small number emerged from the camps, often broken in body and spirit. And there was a special category of hidden children who were secured away in Catholic convents and orphanages or temporarily adopted by non-Jewish families. An untold number of these children never returned to the Jewish community. 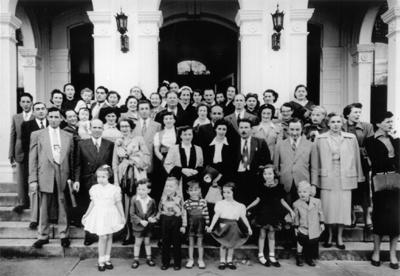 Perhaps the most remarkable aspect of Jewish survival is the success achieved by those who emigrated to these shores. Approximately 140,000 Holocaust survivors came to America after 1948, when Congress passed a new immigration law. Most settled in the New York area. The remainder flowed through such ports as New Orleans on their way to new homes on the prairies and the West Coast; about 150 of them settled in New Orleans. 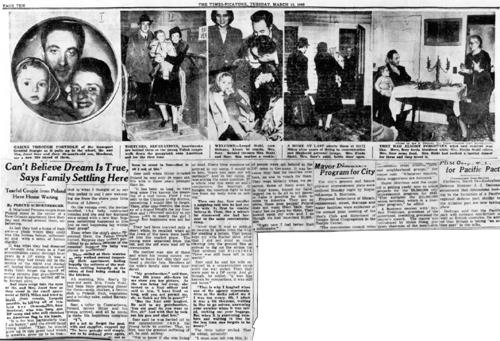 They were mainly in their 20s and 30s. Often they formed their own communities, standing in as aunts and uncles for each other’s American-born children. (In New Orleans they called themselves the New Americans.) They prospered as small businessmen, independent craftsmen, professionals. They scrimped to educate their children. By 1953, only 2 percent of the postwar immigrants still required outside assistance; by 1990, their per capita income far exceeded the national average, as did that of their children. 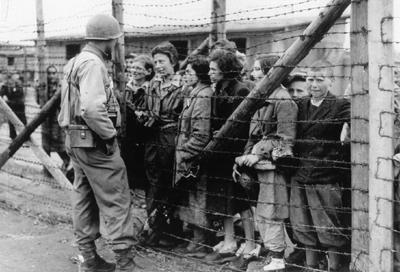 The willingness of some survivors to share their stories is a recent phenomenon. For a long time, most refused to talk about the war, chiefly because the act of remembering an offense is itself traumatic. There was a lot of unresolved mourning for family members they hoped to meet again but knew deep down they never would.

A curtain of silence blocked out the past. The publicity surrounding Eichmann’s 1961 trial lifted it slightly. But it wasn’t until the 1980s, when survivors came to terms with their own mortality and public interest in the Holocaust grew apace, that America’s remnant of European Jewry took up the obligation to remember. Since then, the assault upon historical truth by pseudo-scholarly Holocaust “revisionists” has only steeled their resolve to speak out. For Holocaust denial both defames the survivor experience and dishonors the memory of those who perished. 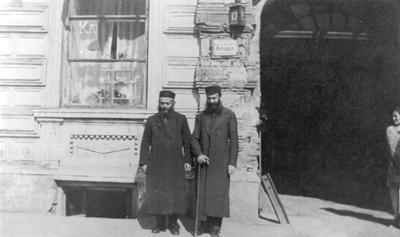 There are preconditions to the kind of tragedy that befell European Jewry. The first is prejudice, which places people different from ourselves outside the bounds of ordinary human obligation and can begin as innocently as an ethnic joke. There was quite a lot of prejudice against Jews in pre-World War Two Europe, where religious and economic anti-Semitism had been spawning periodic pogroms and restrictive regulations from the Crusades forward. 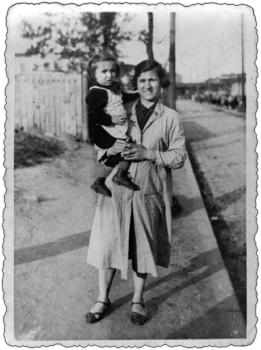 A second precondition is the myth that economic and social problems have biological solutions, that you can cure poverty by getting rid of poor people. This myth of biological racism was at the root of Hitler’s Promethean project of ethnic cleansing and demographic engineering, and it still crops up in contemporary civil wars and current-day political discourse. 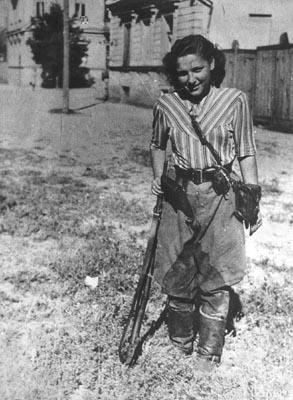 A third precondition requires numbing people’s civil courage. The Holocaust happened in full public view; it reached awful culmination because millions were content to be bystanders, even in Germany. Indeed, especially in Germany, where Jews during Nazism’s apotheosis were a minuscule minority (less than 1 percent of the population) and anti-Semitism an abstract concern in the minds of most Germans. The sober truth is, Hitler didn’t need to turn the man on the street into a fanatical anti-Semite; he merely needed his acquiescence.

As the British historian Ian Kershaw has written: “The road to Auschwitz was built by hate, but paved with indifference.” 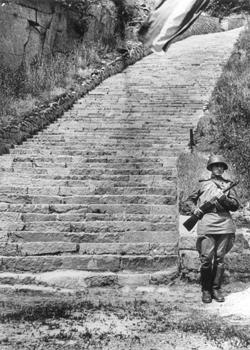 A multicultural democracy like the United States is dedicated to protecting individual rights, especially those of minority groups. The commitment forms the cornerstone of our civic creed. But it means little in the absence of a morally aroused citizenry.

One way to replenish democratic decency and civility is to remember the terrible things people do to one another once they climb onto the slippery slope of racial hatred and intolerance. For that reason the Holocaust will always be the defining memory of our time.